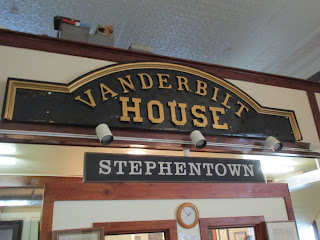 Address: PO Box 11, Stephentown, NY (Staples Road @ the Corner of Garfield-Nassau Road)
Phone: Call: (518) 733 6070
Website: https://www.stephentown-historical.org/
Email: SHS@Fairpoint.com
Hours: The Heritage Center is open from 1 to 4 p.m. on Fridays and by appointment. The volunteers will gladly make an appointment for you if they can.

Photocopies are readily made by the volunteers for a nominal fee. There is no charge to research at their facility, but donations are gratefully accepted.

Heading either east from Albany along winding roads or north or south along NYS Route 22, it doesn’t matter. Any route you take to Stephentown will find you on country roads winding up and down mountains and through forested areas until you feel you are somewhere in the wilderness. It is in this area close to the Massachusetts border that many of our ancestors settled for either a brief time or a generation or more. Here, nestled in a small community that was once a bustling place, is an old Methodist Episcopal church in the small country style that is now home to the Stephentown Historical Society. Tracks once carried passenger and freight trains through here including milk to New York City, but they have been abandoned since 1951.

In the 1790 census, Stephentown was listed as the ninth largest town in the United States. Looking at the town today, this is hard to believe, as it is a sleepy little rural area that is sparsely populated. However, I have found in researching, as I’m sure others have as well, that many more people have connections to Stephentown than you might believe. More than once, I have heard somebody comment that a family in the late 1700s or early 1800s was in Rensselaer County briefly. I have replied: “Let me guess, Stephentown.” and I was correct. Part of some of the major routes for westward migration out of New England crossed the Massachusetts border near here and headed on westward through small communities including especially Stephentown.

While at the historical society, Bill gave us not only information on the people I was interested in and the cemeteries they are buried in, but also directions to a hidden cemetery.  I don’t have any direct ancestors buried at the Tifft Cemetery, but the name derives from the family, as my 4th great-grandfather’s brother and family are many of those buried there. The cemetery is about 500 feet off the road along a logging trail. The trail, barely discernable from the forest now, is all uphill to this little cemetery tucked into the woods so much that it has become a part of the woods itself. However, we found it and were able to see for ourselves these family graves. 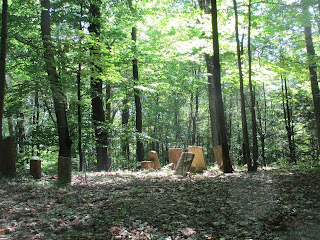 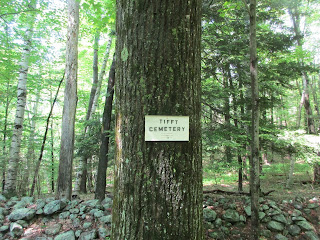 Posted by Nancy Ward Remling at 11:00 AM