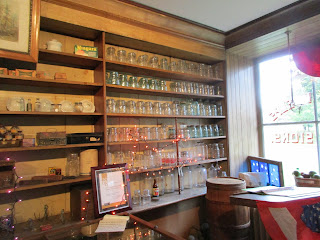 It was a tavern, a bakery, a general store and a boarding house over time since it was first built in 1826. William and Julius Phelps were the proprietors over the years. 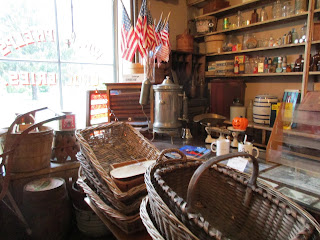 This building once housed a general store, which served the needs of the Erie Canal. It was built right along the canal and existed there for many years. Boats would tie up alongside the building to come in and shop or, depending on the era, perhaps have what we now refer to as “an adult beverage” or two. From 1905 onward, Julius Phelps a general store for the village of Palmyra and it was the place for many of a housewife to buy her essentials during the Great Depression. The war years of the Second World War ended the building’s life as a general store. Today the store still exists with merchandise piled on the shelves much like you would find in any such store in the late 1930s. Where did they get the merchandise to create this museum? Right there! 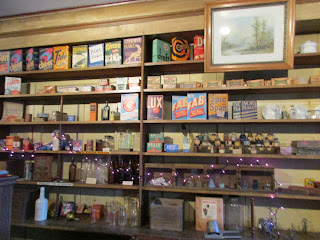 Julius Phelps decided in 1940 that he could no longer afford to operate a general store. He locked the door and walked away. There sat the merchandise until the museum was ready to open. There is even a case with real eggs from 1940!

The only child of Julius was Sybil Phelps. In her early days she traveled to New York City and attempted to become an actress. She was a very talented musician as well as a Spiritualist. Later she returned to Palmyra and her parents’ home above the store. Rising two stories above the general store, this apartment is a spacious Victorian apartment. Furnishings typical of the Victorian age still occupy this space. The family lived here with no running water, only a cistern, and no electricity. In fact, it was last updated in the 1880s. After her parents’ deaths, Sybil continued to live here alone (besides her 15 cats that is) until her death in 1976 at the age of 81. 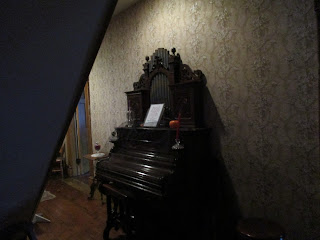 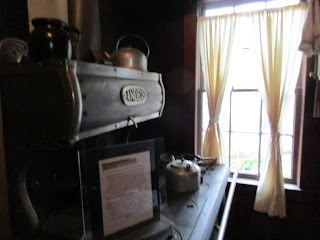 Since that time nobody has lived here. Or have they? Did I mention that Sybil was a Spiritualist? Did I mention that many people believe the place is haunted? Strange sightings have occurred here over the years. Black cats have wandered in and disappeared. Music has played when nobody is in the upper floors. Doors open and lights appear and disappear. All the trappings of a ghost story exist. Whether they are real or not, I will leave for you to decide. 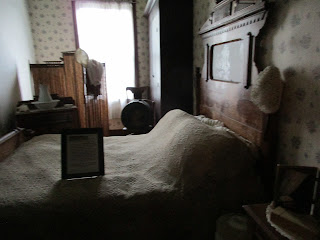 Posted by Nancy Ward Remling at 10:30 AM